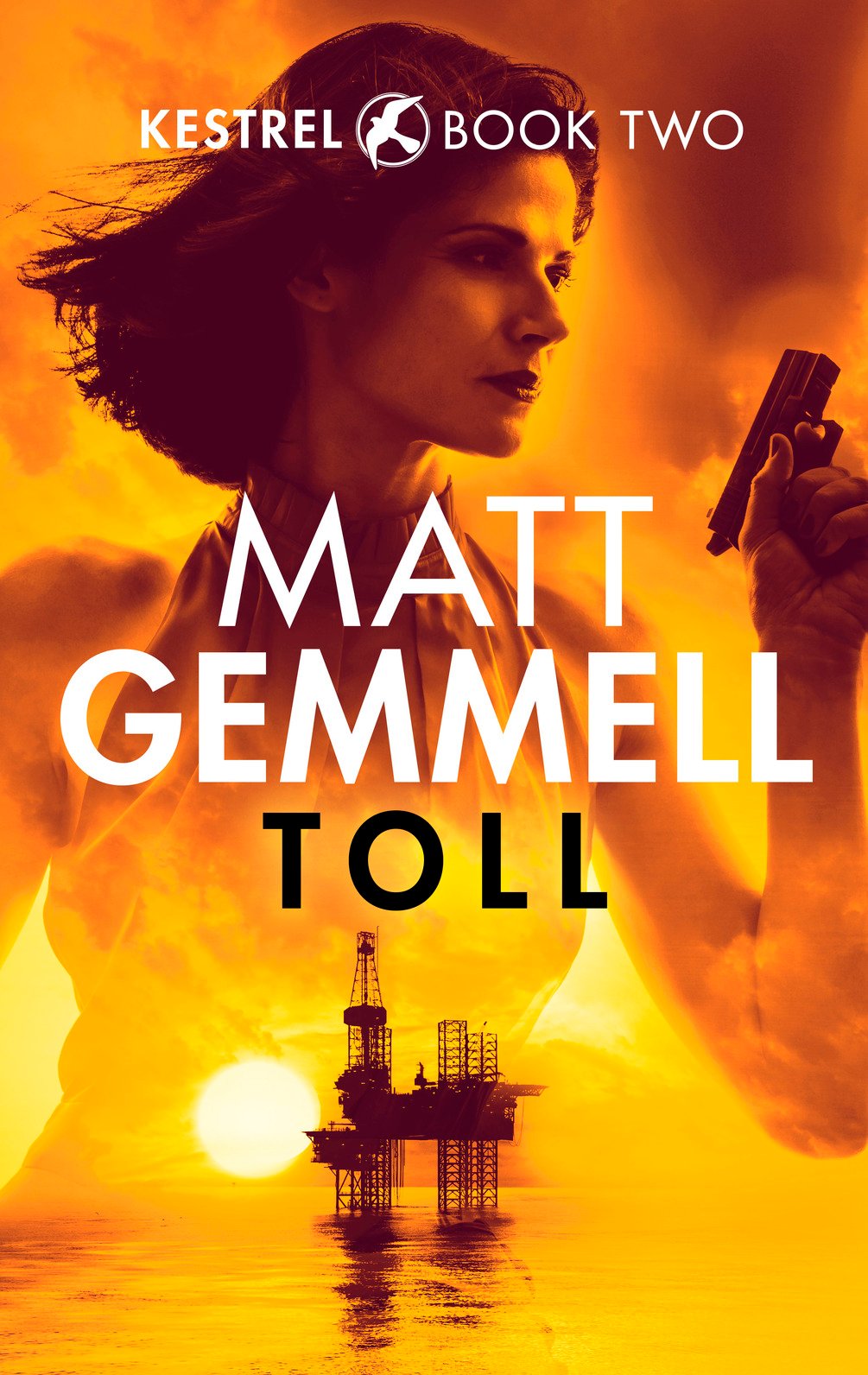 An action-adventure thriller novel, the second in the KESTREL series:

THE PERFECT WEAPON LAY BURIED FOR 70 YEARS. NOW ITS DEADLY POWER HAS BEEN UNLEASHED.

The Norwegian Sea: a group of eco-activists disappear from their vessel. Only their dental fillings remain.

Owl Mountains, Poland: a wealthy environmentalist resurrects a secret experiment forgotten since the close of the Second World War, determined to heal our ravaged planet.

When a dossier finds its way to the desk of Dr. Neil Aldridge, the elite EU special forces team codenamed KESTREL is drawn into a dangerous pursuit across Europe and beyond, to prevent a cull of Earth's greatest threat: humanity.

As the final countdown begins, Captain Jessica Greenwood faces the ultimate choice: fight to prevent the dark future ahead, or help make it happen…

A page-turning technological thriller with elements of fringe science and conspiracy, TOLL is book 2 in the KESTREL action-adventure thriller series, but can also be read as a stand-alone novel.

See it in your library

View in Library
Sorry, this item is not available in your location.
Sold out, please go back and pick another option.
This product is not currently for sale.
1
5.0

Your purchase was successful!

We charged your card and sent you a receipt

Good news! Since you already have a Gumroad account, it's also been added to your library.